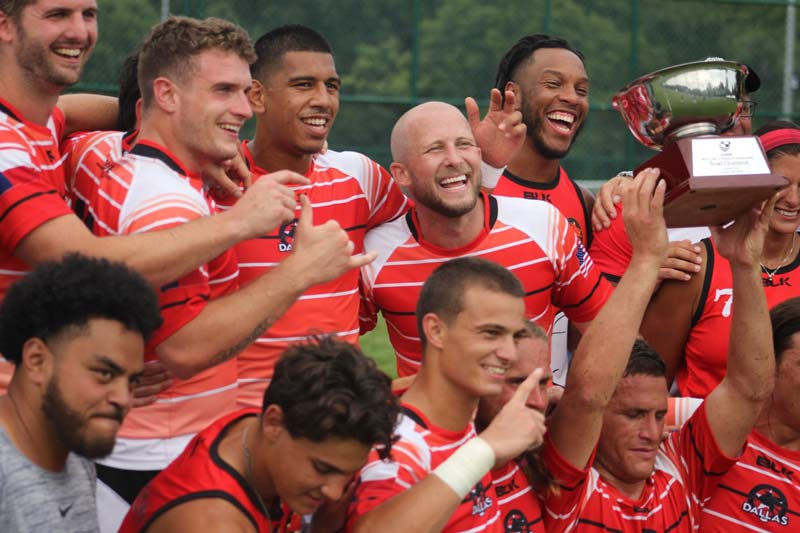 Dallas Rugby fields two to three 7s sides each summer.  The top side competes in the regional National Qualifier Tournaments, and the second and third sides compete in TOLA and social tournaments.  The Club has also recently become affiliated with the start-up Dallas Tiger Rugby Academy.  If you want to play 7s, Dallas Rugby is the Club for you.

In 2019, with returning coaches, Chris Howard and wife, Dr. Lynn Howard, and Dale “Cheese” Russ, Dallas Rugby (aka “Dallas Reds”) won the Bowl Finals to place 9th in the country! This marked the third consecutive year that the Dallas Reds placed in the top 9 in the nation! Additionally, our TOLA side took 2nd place overall in TOLA.

In addition to hosting the highly successful and anticipated annual Lone Star Classic each summer,  Dallas Rugby capped off their successful season with a TOLA championship and a Plate Championship in the 2018 National Championship tournament.

The 2017 7s season had a record number of sponsors, CIPP’D players and tournament victories, a credit to the effort of everyone involved in the club. The club put in strong showings in every TOLA tournament, highlighted by a win in the Cherrybone 7s and second place finish in the Norman. The D1 side qualified for the National Championship as the top ranked team from the Red River Conference with victories in 2 of the 4 qualifying tournaments. The depth of talent and attitude of the players to improve each week meant they wouldn’t be attending the USA wide National Championship tournament in Minneapolis just to make up the numbers. The squad drew the pool of death but were not out of place against eventual 3rd and 5th place finishers Washington Athletic and Old Blue NY respectively. Barely missing out on a spot in the Cup Championship, the Reds showed their class and went through day 2 undefeated to finish Bowl Champions and place 9th in the country!

Special thanks to 7s Head Coach Chris Howard, his wife, Dr. Lynn Howard, and coach Dale Russ. Thanks to their hard work and support, they launched Dallas’ 7s program from a mid-tier team to an elite 7s side for the past 3 seasons! We cant wait to see how far they can take them next year! Thanks to all the players, other coaches, admins, support personnel, Old Boys, donors, fans and sponsors .

If you are interested in playing Sevens for Dallas RFC, please contact us at general@dallasrugby.org and fill out form below! 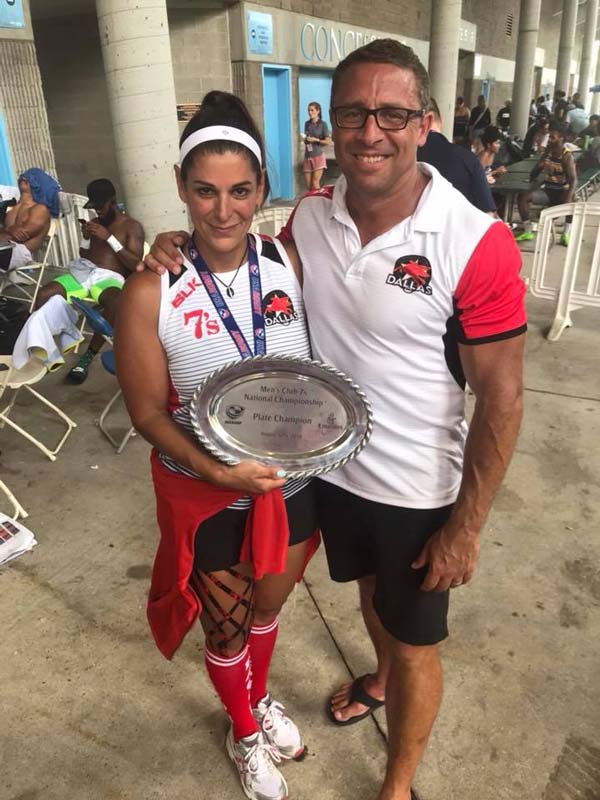 Dallas Rugby is happy to have Chris and Lynn Howard as their head coaches!  as their Men’s head coach for the 2020-2021 season!

Morrison played rugby in England and Australia, and has coached internationally for a few seasons as well.

Schooling’s coaching philosophy is to create a winning culture while also having fun together as a Club.

If you’re interested in playing rugby or would like to know more about us, please fill out the form below and we will contact you as soon as possible.

Don’t be shy, no experience necessary!