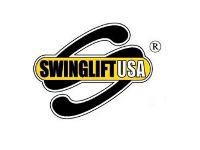 Presented by DRFC Sponsor of the Week:

Flawless Detail – DRFC Sponsor of the Week CALL 214-280-5920
Our mobile car detailing service is available 6 days a week in Dallas Texas and surrounding areas. We are professional, fully insured, and experts in auto appearance care.
Make sure you buy one of the new long sleeve warm up shirts sponsored by Flawless Detail – see Teapot.

What a great day for rugby. Under a blue sky and with cold beers in hand, fans watched Dallas RFC field three full sides for the first time in several years. It was glorious.

In the last pre-season home game before League play starts on January 24, the 1st XV gave a thorough thrashing to Dallas Harlequins. The performance was just what head coach Dean Robinson wanted to see: The Dallas offense working to perfection, and the Boys in Red stalwart in defense.

Dallas started the scoring just 4 minutes into the match, when Gerad “Shaggy” Crosswy touched down the first of his two tries. Zack Klump converted. This was followed five minutes later by a Chad Joseph try (one of his three on the day) also converted by Zack. The next to score was winger Jon “Freddy Jet” Moore
(the first of his three tries). And, midway through the first half, big Vince Chase scored a try. At the half, Dallas led 26 to 3.

The second half was much of the same as Zack Klump, Rashad Harbor, and “Big Chris” Hopkins added to the scoring.

All told, twelve tries were scored, with seven converted. Chad Joseph led the way with 19 points, Zack Klump and Jon Moore each scored 15 points. Shaggy scored 10 points, and Vince Chase, Rashad Harbor, and Chris Hopkins added a try apiece. Phil Bolton was named “Man of the Match” for his play at scrumhalf.

The day started with DRFC’s new Social (D-3) Side match against DARC II. Playing four quarters, the first
quarter ended with no score. In the second quarter, DARC was the first to score, and led 7–0. Shortly thereafter, newcomer Luke Wanzer (a recent graduate of John Brown U.) scored, and the half ended 7 – 5.

Early into the second half LaRon Hughes used his speed to score, and Dallas D-3 took the lead. However, DARC rallied in the end. Final score: DARC II 33 / DRFC III 10.

DRFC would like to specially thank Quins President John Dale for agreeing at the last minute to ref the match.

A second 40 minute period was played vs. Dallas Quins II. This was a very even match. The scoring began when Brain (Wildcard) Kealey broke 40 meters through multiple Quins defenders to score under the posts. Mike Vogel converted. Dean Berry followed up with a score midway through the match, which Vogel also converted with a great kick from the left sideline. But the Quins rebounded, and the 40 minute period ended in a 14-14 draw.

All in all, a great day for the Dallas RFC.